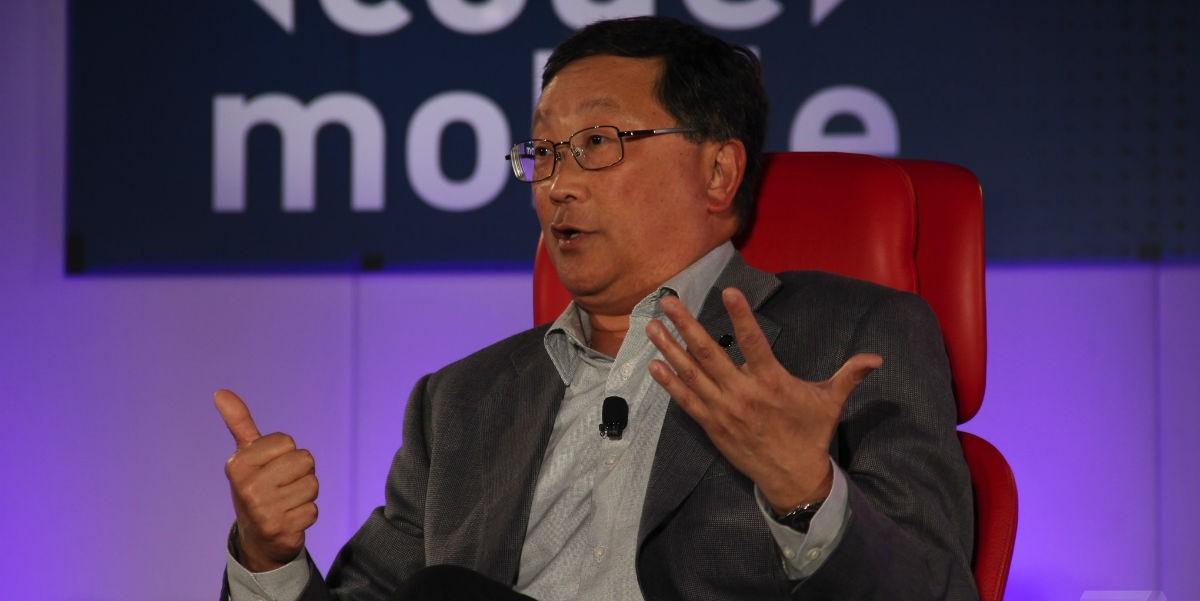 As BlackBerry celebrates its 35th birthday today, touting “35 years of innovation”, BlackBerry CEO John Chen said the new foldable phones from Samsung, Huawei and others are just not innovative or particularly useful.

“I want something faster with functional upgrades,” Chen told Barron’s in an interview. “There are no breakthroughs on the horizon. We’ve done fingerprints. We’ve done facial recognition. We’ve done iris technology.”

“Everyone wants a bigger screen,” he continued, “but they (smartphones) have become bulky.”

Well, as the CEO of BlackBerry, Chen should know, shouldn’t he?

“It’s kind of one more entrant into an already very busy space with lots of choice for consumers,”

“But in terms of a sort of a sea-change for BlackBerry, I would think that’s overstating it.”

In 2013, BlackBerry prepared to launch their new BlackBerry 10 operating system and their CEO was at it again, as BlackBerry CEO Thorsten Heins said that Apple’s iPhone was not the state-of-the-art smartphone it once was.

“The rate of innovation is so high in our industry that if you don’t innovate at that speed you can be replaced pretty quickly,” Heins said.

“The user interface on the iPhone, with all due respect for what this invention was all about, is now five years old.”

Here we are in 2019 and yet again we have a BlackBerry CEO calling out their competitors for a lack of smartphone innovation. Perhaps though, Chen’s perspective explains why BlackBerry no longer directly sells smartphones.

There is ‘no need to reiterate what happened as the rest is history! BlackBerry’s smartphone business crumbled, the new BlackBerry 10 smartphones phones failed to make any serious impact and the BlackBerry 10 OS reached an early grave.

Meanwhile, Apple have just went from strength to strength.

BlackBerry is now a security and software company who have licensed out BlackBerry branded smartphones to Chinese consumer-electronics firm TCL (and others), who ironically are testing foldable screens.

While foldable phones were all the rage at the recent MWC 2019, TCL introduced a new red colour of the Key2 with some more memory. Innovative?

That doesn’t seem to have sunk in with Chen as he said,

“I wouldn’t let anyone outside of lab testing at my company buy (a foldable),”.